in the recent year various conventions in the international level has been formed which parties have to implement all aspects of these memorandum of agreements duo to existing concerns in the environmental sector. GWM company is trying to help private and public firms in line with implementing convention obligations using environmental experts. One of the conventions which GWM company has attended exclusively to implement obligations is Minamata convention. This convention consists of 35 articles and 5 annexes has been ratified to protect human health and the environment from anthropogenic emissions and releases of mercury The Minamata convention’s entry to the force was at 2017. 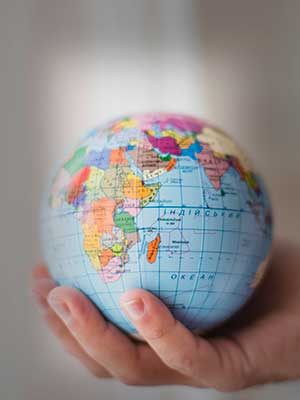 Chemical forms of mercury:
Mercury is an element, but may be found in different chemical forms. The Convention deals with both elemental mercury and compounds of mercury, but only where mercury and its compounds are anthropogenically emitted or released. Inorganic mercury compounds include oxides, sulfides or chlorides, for example. Gaseous elemental mercury is the most common in anthropogenic emissions to the atmosphere. The remaining emissions are in the form of gaseous oxidized mercury or as mercury bound to emitted particles. These forms have a shorter atmospheric lifetime than gaseous elemental mercury and are deposited to land or water bodies more rapidly after their release. Elemental mercury in the atmosphere can undergo transformation into oxidized mercury that is more readily deposited. Mercury can also be found in organic compounds – for example methyl or ethyl mercury, which are the most toxic forms. elemental or oxidized mercury, once deposited, can be transformed under certain circumstances into organic compounds by bacteria in the environment.

Why are we concerned about mercury emissions?
The most significant anthropogenic releases of mercury globally are through emissions to air, but mercury is also released from various sources directly to water and land. Once in the environment mercury persists and circulates in various forms between air, water, sediments, soil and biota. Emissions and releases from virtually any local source add to the global pool of mercury that is continuously mobilized, deposited on land and water, and remobilized. Rivers and ocean and air currents are also media for long-range transport. Even countries with minimal mercury releases, and areas remote from industrial activity, may be adversely affected. For example, high mercury levels are observed in the Arctic,4 far from the sources of any significant releases.

Possible pathways to expose mercury are:
Inhalation Swallowing Skin contact
The most vulnerable groups: Pregnant and breast feeding women
Workers of plant which use mercury in production
Dentists and individuals with more than 5 tooth filled with amalgam
non-occupational human exposure through consumption of contaminated fish

GWM's abilities to comply with the obligations of the Minamata Convention in the Member State include:
• Consulting at implementation of Minamata obligations through providing proposals on alternative materials and technologies
• Expert advice on monitoring implementation and auditing related industries as well as verification of emission and release reports
• Collaboration at providing transfer of knowledge and technology proposals
• Obtaining international funds to facilitate implementation of the convention namely Specific International Program (SIP) trust fund and Special Program (SP) from United Nation Environmental Program (UNEPP) as well as the Secretary of Minamata Convention
• Holding training courses in line with identification and introducing occupational exposure to Mercury moreover specialized training for industries according to Best Available Technologies (BAT) AND Best Environmental Practices (BEP)
• Consulting and performing Mercury emission inventory using associated Tool Kit